A Modest Proposal for a Bold Initiative: Reflections from a Public University

This short essay begins with the suggestion that practitioners have a growing desire for an understanding of management and business from a (radical) Christian perspective. A scholarly literature that provides such a perspective remains woefully underdeveloped because: (1) we often (wrongly) assume that conventional views of management and business are already basically Christian; and (2) we lack the infrastructure to develop such a literature, either because in locations where there is a critical mass of scholars to develop it they are not given the time to do so (e.g., Christian liberal arts colleges) or because where there is time for such development there is a lack of a critical mass of scholars (e.g., in public universities). It concludes by describing an infrastructure which may be able to support the type of scholarly work the world is craving. 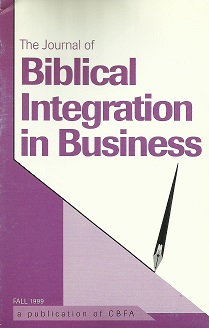