Innovation and the Early Christian Church

Significant institutional change is a difficult process for most organizations. The first century Christian Church faced a number of hurdles as it transitioned from the prevailing Jewish culture to a new Christian paradigm. One issue particularly problematic to the Jewish culture was the refusal of the fledgling Christian body to honor Jewish dietary restrictions. Although the initial focus seemed to be on dietary regulations, the greater issue in Acts 10 centered on God’s offer of salvation to those outside the Jewish faith. Without the realization of a substantial conceptual shift to overcome these cultural barriers, the emerging Christian Church would be stillborn, unable to expand beyond the narrow constraints of the predominant Jewish culture. The issue was made more complex because key Christian leaders were exemplary adherents of the Jewish traditions, and also in need of reframed personal worldviews. In addition, requisite changes needed to be translated into easily understood universal principal. This paper uses the interaction of Peter and Cornelius in Acts 10 to explore the specific methodologies used by the first century Jewish and Christian communities to recognize, interpret, integrate, and decide on new and challenging ideas. The paper asserts that mechanisms of organizational learning shown in Acts 10 serve as a worthwhile model for leaders of corporate innovation through the ages. 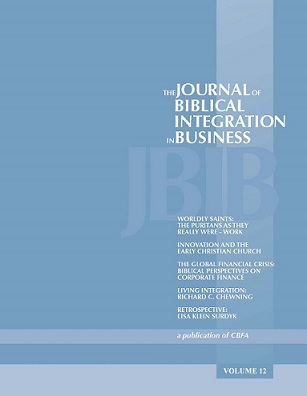