God the Father: The Author of Gender Differentiation, Gender Purpose, and Gender Beauty — Men and Women in the Realm of Employment

God has revealed Himself to humanity in the Old Testament and the New Testament as one God in three Persons — the Trinity.1 The members of the Trinity reveal that they relate with one another within the Trinity both differentially and hierarchically. This point will be described in considerable detail later. This treatise is built on the thesis that God has created His image bearers in the form of two genders, male and female, to not only “be fruitful and multiply” but to replicate the relationship between the members of the Trinity in the relationship between the male and female in the realms of worship and family. And the case will be made that the principles and instructions given in the Scripture regarding worship and the family are sufficient to guide the genders as they seek God’s will for themselves in the arena of ruminative employment outside the home. 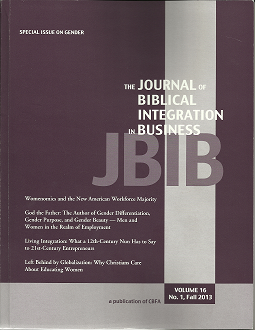